How to Start Building Apps for Samsung Gear and Why

The competition is heating up in the mobile VR market with Samsung Gear VR comfortably leading the pack. This is evidenced by sales figures last year that exceeds both HTC Vive and Oculus Rift.

As a result, developers are now racing to meet the demand for Samsung Gear VR apps. But that’s not the only reason to go with Samsung Gear for your next mobile VR app.

The popularity of the headset can be attributed to its affordable price tag of around $50 to $60 which opens up the market up for a larger audience. Furthermore, the Gear VR headset is also powered by the Samsung Galaxy series which is already a market leader.

The app marketplace is also home to over 700 apps for Gear VR users. It also comes with the unique opportunity to get a refund on apps and games that you down like. The same cannot be said for Google Daydream View.

Although it can’t compete for performance with HTC Vive or Oculus Rift which is high-end and PC-driven, its popularity makes it a great choice for your next VR app. What’s more, the unofficial Gear VR 2 has certainly raised the bar.

The most obvious improvements include the following:

The newer headset also offers more comfort for the end user. The ergonomic design now purposefully accommodates a wider range of faces that come in a variety of shapes and sizes. Furthermore, it also blocks out external light enabling a better immersive VR experience.

The new model is also paired with a wireless controller, so this will accommodate better gaming experiences. Additionally, the 101° field of view is also great and comparable with its high-end counterparts.

So how should you go about building apps for Gear VR? 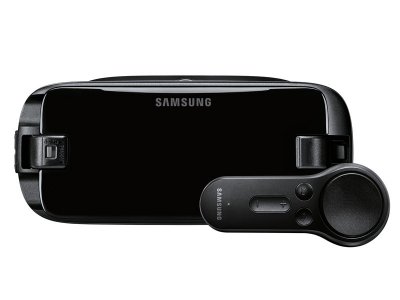 If you’re building for Gear VR, you’re basically developing for the Android OS. This will be supported by Android Studio which makes this process quite simple.

This means that you will have a similar experience to Android mobile app development where you have access to a whole suite of tools that will enable development within a user-friendly IDE. If you’re thinking about taking the gaming route, you will also need to utilize Unity 3D.

The whole VR app development process will heavily depend on specifications and features of the application. If you’re thinking of building a gaming app, here are some basic steps to give you an idea of what the process entails:

The steps above should give you an idea of what the development process will look like and what skills will be needed to achieve your goals.

If the skills required are not available, you can engage an experienced developer externally to complete your project.

There are also plenty of opportunities to build great Gear VR apps that don’t fall within the gaming space. In fact, there’s a lot more to it than gaming and video.

Here are some potential markets that can be disrupted by your Gear VR app:

The industries above are only the tip of the iceberg as there will be sub-sectors that can also be a perfect market for your mobile VR application. For example, within healthcare alone VR applications can benefit the following segments:

For example, within healthcare alone VR applications can benefit the following segments:

You can expect the number of markets impacted by VR to continue to grow with the technology. With the VR app development market poised to grow to almost $38 billion by 2020, the possibilities are truly endless.

Check out our services for building apps for Samsung Gear!