Smartwatch App Developer Guide: What You Should Know

In 2015, smartwatch is probably going to be the wearable gadget of the year in terms of consumer demand and experience. To date, there're actually two types of smartwatches - one that is paired with a smartphone and one that works as a standalone device with functionality independent of any external gadget. Yet, it can be a real dilemma to choose which type / platform to build your apps for. Here's our review of the 4 key smartwatch development platforms to help you better plan your strategy of entering the global wearables market. 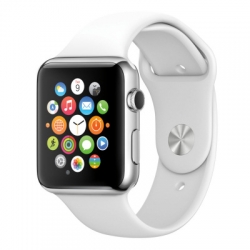 Apple Watch is potentially the most successful smartwatch expected to be released to the mass market in April 2015 (although release delays are possible). Apple Watch apps are built just like any other iOS apps, with the same tools and frameworks, so there shouldn't be any problems for iOS developers to start building such applications when the device goes mainstream. However, the latest leaks from Apple suggest that the smartwatch they're about to rollout this spring will be a far cry from what the company was going to produce originally. Apple's original plans were to ship a wearable gadget laden with a broad array of health tracking sensors. But, eventually, the company had to scale back its design because many trackers didn't perform properly and were yet to undergo some legal regulations.

While the first iteration of Apple Watch may somewhat mirror the launch of the first-generation iPhone that, as you remember, lacked some of the functions / features its descendants are having now, the next generations of Apple Watch will most likely be equipped with different health gauges, from blood pressure to glucose monitoring. 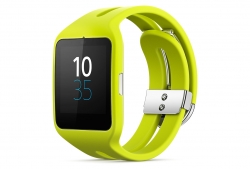 It is potentially the most mainstream platform that is currently faced with many issues that were typical for the first-generation Android. Apps for Android Wear are built the same way as Android apps for other devices. Currently, the biggest issues arise around its monetization and competitiveness. 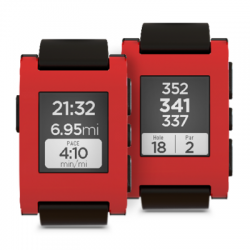 To date, it is the best polished and most fine-tuned platform for making Pebble apps. Yet, apps monetization is in question and the platform is starting to lose traction, as Android Wear and Apple Watch seem to be more promising and attractive for the prevailing majority of app developers. 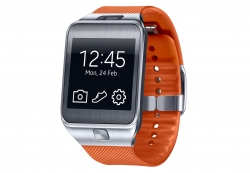 The platform is gaining momentum, but is still pretty much limited in devices it's compatible with. Since Samsung invests heavily in development and support of their app developer community, you can consider creating apps for Samsung Gear as a starting point and then move to apps development for Smart TV and Tizen.

And what smartwatch platform would you like to build your app for? Try our Calculator to see how much it'll potentially cost you to develop your first iOS or Android smartwatch app!