What iOS Developers Think About Swift

If you're somehow involved in software development, you already know that Apple has created and introduced a new programming language for OS X and iOS apps development. It's called Swift, is based on C and Objective-C, but is more agile, as it contains the best elements of Javascript and Python. 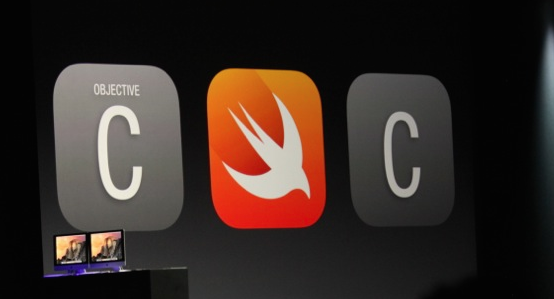 So, why is Swift better than its predecessors?

And what do iOS developers think about Swift and how it'll influence apps and games development?

I've asked one of our iOS development PMs about why he thinks Apple developed this new programming language at all. That's what he's replied:

"Firstly, Swift is Apple's response to Google's Go. Since the launch of OS X Apple has only used Objective-C, and Swift is really a huge leap forward! Secondly, by developing a simple and modern programming language, Apple looks forward to attracting not only qualified IT talent already skilled in C and Objective-C, but also novices who'll be happy to start their IT career with Swift. The global apps market is growing at a very fast pace, and so is Apple's general influence on trailblazing development".

Sharing his first impressions of the language, one of Intersog's iOS developers said:

"We've been dreaming of such a language for a long time, because it's a way more convenient than Objective-C. I'm not saying that Objective-C is bad, but it did need a replacement! What I personally like about Swift is that it's more readable and its code is going to be much shorter than that in Objective-C. This will certainly accelerate iOS apps development. Based on what I saw at WWDC, we should soon expect the boom of iOS games thanks to Xcode's Interactive Playground utility that will work with Swift and aim to boost interest within a games development community. I've already started reading the book about Swift and it looks like turning to Swift won't be  difficult at all."

I've also talked to one iOS developer at SoftTechnics, the company we've recently acquired. That's what he said about Swift:

"Based on documentation I've seen, Swift resembles F#, but is more elegant, so to say. It looks like a very good script-based language, especially for iOS games development, but I personally hope it'll integrate well with different low level features such as C-based APIs, too. It'll be more practical for us iOS developers. What I like about it now is that Swift includes such modern features as closures, generics, type interfaces, multiple return types, so we won't be giving anything up when switching to it from Objective-C. These features will also help reduce runtime errors, and improve apps quality and efficiency. I'm really looking forward to digging my hands into Swift and experimenting with it, but I'm not going to choose it over Objective-C as soon as tomorrow."

Wrapping up, Swift is undoubtedly a cool move of Apple. This new language will help attract more developers by lowering down the entry threshold for the Apple development ecosystem. Objective-C development actually kept it rather high. Besides this, the Swift toolset including REPL and Interactive Playground will allow creating better quality apps and games much faster. It looks like Swift will eventually get a buy-in from iOS developers.

And what about you? Have you already started reading the Swift app development manual? Please share your impressions and thoughts in the comments.