Why Nearly 30 Percent of U.S. Startups Will Outsource Their Product Development In 2017

Home » Blog » IT Strategy » Why Nearly 30 Percent of U.S. Startups Will Outsource Their Product Development In 2017

Silicon Valley Bank has just published key insights from their 2017 U.S. Startups Outlook 2017 most of which suggest that despite recent uncertainty caused by a transition to a new administration in Washington, DC, as well as Trump's intentions to alter skilled migration and H1B visa policies, the M&A environment stays strong and startups keep hiring new talent like never before. That being said, innovation continues to be a key driver of the U.S. economy in 2017.

For this year’s survey, Silicon Valley Bank received 941 responses 69% of which came from technology companies covering such topics as how innovation companies are faring, hiring projections and how government policies are affecting business growth. 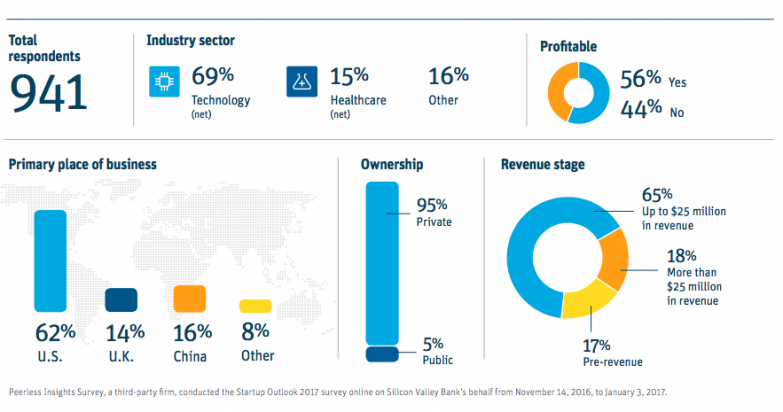 While 92% say business conditions in 2017 will be the same or better than 2016, this naturally optimistic group is less hopeful that this year will be better for their companies. Few think conditions will get worse, but the percentage of those who say business conditions will be “much better” in 2017 (21%) has dropped by nearly half since 2014 (39%). We chalk some of that up to uncertainty, as well as more realistic expectations following a healthy recalibration in 2016.

When asked about what most important public policy issues affect companies like theirs, the following answers were received: 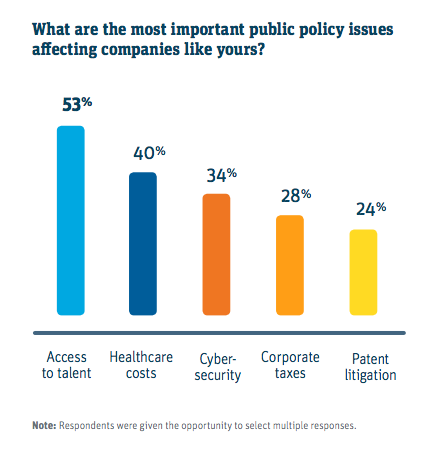 When asked whether or not U.S. laws and regulations materially affected their company’s decision to locate facilities or hire employees for operational non-sales activities outside the U.S., 26% of respondents, or 1 in 4,  replied with "Yes". 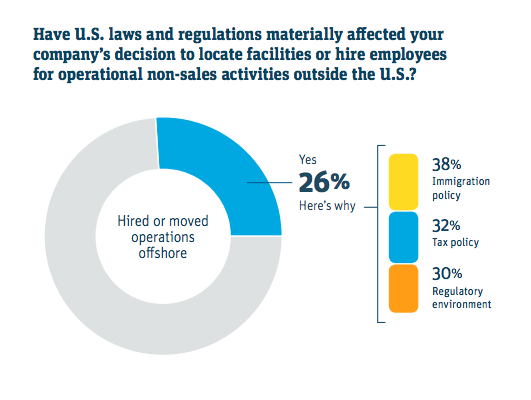 It was also found that pre-revenue startups were more likely to leverage international IT talent pools and facilities.

Are you a startup looking to hire IT talent and PM resources for your in-house / offshore project fast and with no IT, HR and admin hassle?
Get in touch now to discuss how we can help!