How to increase user engagement with your app by improving personalization

A recent survey by Catalyst finds that 46% of smartphone users uninstall apps because they don’t use them any more. It’s a no-brainer to guess why people stop using apps: either they don’t get relevant and useful content the app was supposed to deliver, or the app is just out-of-date and/or not optimized properly for the latest OS version. As such, getting your app downloaded is a tough goal to reach, but keeping your users engaged and interested in your app’s features and content is even tougher!

The key to successful user engagement is a mixture of personalization and context. As eBay’s CEO John Donahoe has recently said at the Internet Retailer Conference and Expo (IRCE 2014) in Chicago, “personalization is going to be one of the most important sources of competitive advantage over the next few years.” And there’s actually no reason not to trust him. 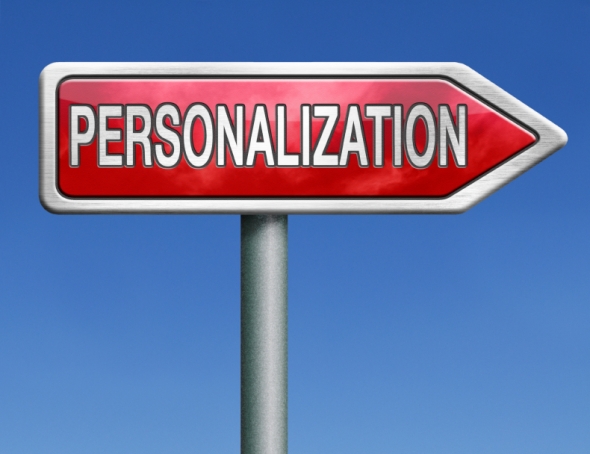 I’ve collected some of the best practices we apply at Intersog in order to increase user engagement with our numerous apps by improving personalization:

As an example, you can use the Net Promoter Score (NPS) survey that has already become a standard metric for customer happiness in the business world. NPS survey has only one question that asks users to determine on a scale of 1 to 10 how likely they’re to recommend your app or brand to others. Use in-app messaging to send the survey over to your app users. Having collected user feedback, don’t forget to develop and implement a follow-up campaign requesting users to rate your app right in the app store.

Create a push notification campaign to send a “We’ve missed you!” message to your inactive users. However, don’t forget to promise them an incentive for getting back to your app. It can be anything from a new cool feature announcement or an existing feature update to promises of a great takeaway or a chance to win something.

Also, regular analysis of your app user behavior patterns will allow you to detect connections between app’s particular features and repeat app use cases. This information can then be used to determine which features should be focused on when bringing latent users back into your app (and when upgrading or rebranding your app as well).

Use both push and in-app messaging to notify users about the latest release of your app. Again, don’t forget to offer an incentive such as a discount or a free download in case of a paid app, or something that can make users rush to your app’s new release. Alternatively, you can draw your users’ attention to a particular feature they can take advantage of when using your upgraded app.

According to Juniper Research, mobile users are 10x more likely to redeem mobile coupons than the print ones. As such, always make time sensitive offers with in-app messaging to drive in-app sales, and create push message campaigns to promote your special offers.

In order to enhance your app user loyalty, initiate special reward or bonus programs for them to feel motivated to use your app more often. Since participation in mobile reward programs envisions sharing user data, you’ll have a chance to better profile your app users by collecting their information and tracking behavior patterns. For instance, you can determine the drop-offs (those who refuse to participate in your loyalty programs in exchange for their personal data), segment them and roll them into re-engagement push campaigns.

To conclude with, having a great mobile product with compelling, informative and entertaining features and truly useful content is the main path brands can choose to get more users to use their app. Yet, the competition is so fierce that sometimes app developers should make an extra step to stand out from the crowd. Personalization is one of the key factors able to improve user engagement with your app and unlock your app monetization.

And what other personalization best practices do you use in your app marketing?