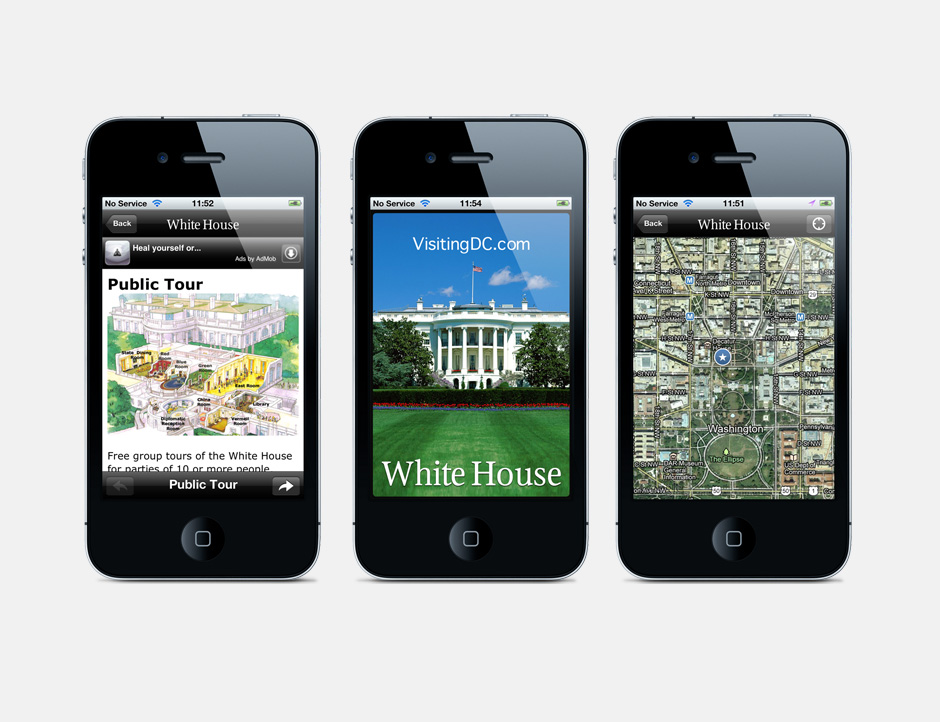 We’ve designed and developed a White House Tour app to give you a glimpse of the White House and its neighborhood.
The App contains the following image categories: