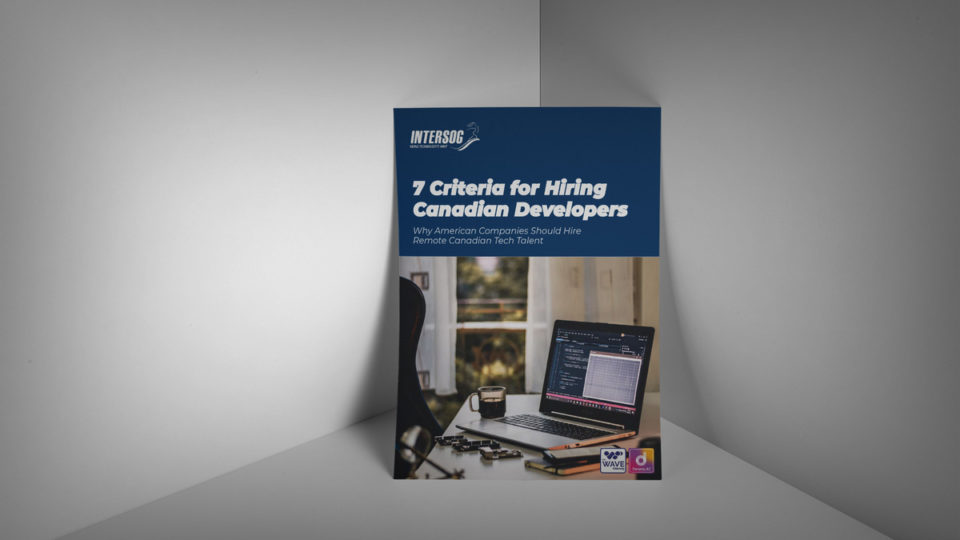 In this document, we explain why American companies benefit from working with remote Canadian developers.

Going north of the border to outsource IT functions may not have been the obvious choice for many U.S. companies, but that’s changing rapidly. Amidst the COVID-19 pandemic the new enthusiasm for remote work, nearshore outsourcing, and IT staffing was inspired.

There are two major reasons for American companies to hire Canadian developers:

According to CareerBuilder.com, the national average software developer salary in the United States is $117,600 USD, which is higher than most other job titles in the technology field.

Thus hiring American software developers for your tech project can take up a large portion of your IT budget.

According to research from The App Association, there are 223,000 job vacancies for software developers in the United States.

When you compare that to the fact that there are less than 31,000 computer science majors graduating each year, there is clearly a large talent gap that companies are struggling to fill.

Consider these seven criteria to make the right decision about whether to hire remote Canadain developers: