We have a look at seven specific reasons that wearable tech might fail as well as four solid reasons why it might actually succeed. By looking at both lists carefully, it's easy to see why so many people are excited about the possibilities of this type of technology.

Why Wearable Technology Will Fail 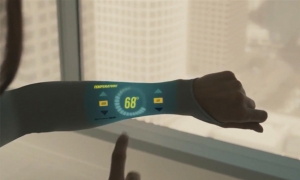 First, let's take a look at seven specific reasons that wearable technology might fail in the years ahead.

Next, let's take a look at four reasons there's a good chance technology you can wear will take off instead of failing.

All you need to do is look at a book like Wearable Robots to know that the future is very bright indeed. Not everyone is going to be interested in technology they can wear, but the younger generation - and future generations - are sure to be interested for one reason or another. And that's when mankind is going to start heading off in a brand new direction.