Ukrainian government and IT community have recently announced the launch of a new ambitious project aimed to turn Ukraine into the "tech brain basket" of Europe. 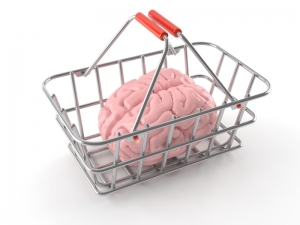 The project has the following major goals:

"Our top goal is to move from a resource-based to knowledge-based economy," said Pavlo Sheremeta, Ukraine's Minister of Economy.

Besides this, the project aims to significantly improve the working and living conditions of the Ukrainian IT employees to eliminate brain drain and retain more qualified IT specialists within Ukraine. In order to improve Ukraine's competitiveness on the global high tech arena, the entire IT legislation and taxation are going to be revised, according to the project.

The eGovernment development project will be based largely on best practices from countries where eGovernment proves to be an effective tool of interaction between the state and the people (e.g. Estonia, Singapore, etc).

Software development outsourcing remains the key catalyst for a positive change in the country in the next 5 - 6 years. It is expected that IT outsourcing will gradually push growth of the internal startups and tech products markets. As a matter of fact, most of today's product companies and startups in Ukraine have originated from outsourcing companies and are built around the values, corporate cultures and management practices of the Western world. Outsourcing delivers highly skilled, well-motivated and customer-centric employees and managers used to working in challenging environments and in compliance with the Western standards, and these specialists are expected to bring in new invaluable experiences and higher corporate standards to startups and product companies. According to some assessments, from 2% to 5% of managers employed in outsourcing are fully ready to start their own IT business in Ukraine. All they need is just a little bit of support and motivation from the government.

The Brain Basket project will be officially presented to the local and international media and business communities on April 15, 2014, in Kyiv.

Given the EU is predicted to have up to 900,000 open vacancies in IT and only 100,000 ICT graduates to enter the job market in 2015, Ukraine has a great potential of becoming one of the major suppliers of tech talent to the EU in the years to come.

And what do you think about this initiative? Does Ukraine's goal of expanding its tech talent pool to 100,000 by 2020 seem viable to you?