In order to contribute to Ukraine's national IT talent pool growth and to nurture an in-house pool of junior geeks whom we can bootstrap and up-skill on internal non-client projects, we launched an IT school Intersog Labs on the premises of our R&D Center in Odessa, Ukraine. Over a 2-year period Intersog Labs has released several dozens of junior specialists trained in back-end (PHP and Python), iOS and Android, and front-end development (JavaScript). The best performing students receive our job offers and are involved in our internal and volunteer projects until they master their skills and become mature enough to qualify for work on commercial projects.

Our JavaScript developer and Intersog Labs Full Stack trainer Denis Buryachkovsky and one of the Intersog Labs back-end course graduates Andrey Tsobenko have recently created a new web platform for gamers that drove them to the final of the international IT competition Golden Byte with the winning prize of $20,000. They called their team g.conf and called the project WP Mates (at least for now). 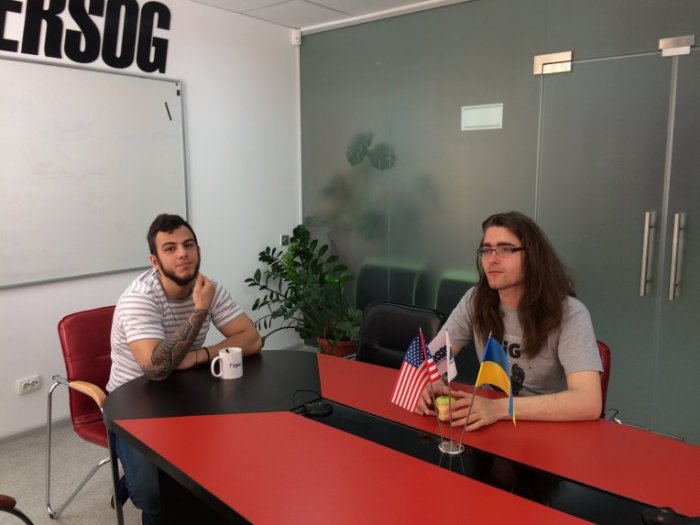 Denis Buryachkovsky (on the left) and Andrey Tsobenko (on the right) are building a unique social network for gamers with the chance to win $20,000

The goal of their project is to design and develop a unique platform to enable gamers to find teammates, set up and monitor teams, interact with other players in real time and do more cool things. All of the similar platforms that currently exist either have a very narrow focus on a single game only or are lame, buggy, ugly and user unfriendly. 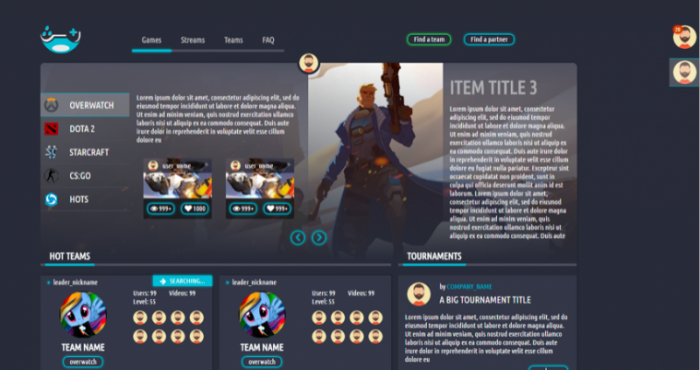 The guys' initial plan was to build a website where gamers would be able to find teammates to play with, create teams, or search for allies by just looking at the gamer's profile, games history and rating. In short, they were looking to build something similar to Faceit. But then they re-purposed their idea and decided to build a full-fledged social network and platform for gamers where players will be able to create an own microsite for their team with a built-in chat feature for real-time communication, the ability to track individual and team progress, rank teams, and other cool functional features the guys don't want to fully reveal just yet.

To melt the ice and kick off project development, the Intersogers decided to participate in the Golden Byte competition which allowed them to test new technologies that are only gaining traction nowadays. And that's the most amazing thing that has happened to them recently.

Right now, the project is targeting titles produced by Blizzard Entertainment (World of Warcraft, Diablo, StarCraft) and Valve (Dota 2, Counter Strike) as they seem to be best suited for the project and easy to integrate with. 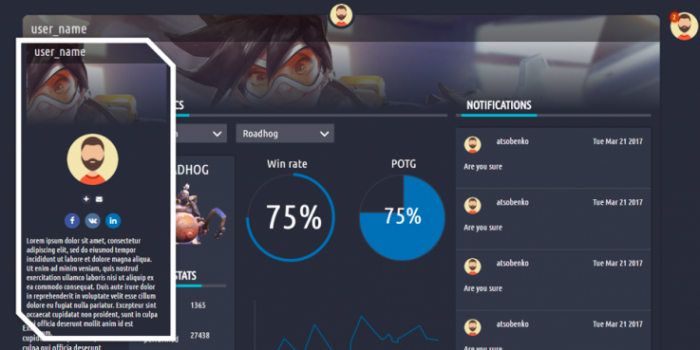 The following technologies are being used for this web solution development:

The Golden Byte Final will take place in Kyiv at the end of April and we wish g.conf the best of luck and victory!

Are you looking to build a product development team or hire plug and play front-end and back-end developers for your in-house project fast and cost-effectively?
Feel free to send us your staffing request or RFP!

IT Team Management Tips
IT Insourcing VS Outsourcing: Which Model to Choose