Recapping State of The Developer Nation As of Q1 2016

VisionMobile has just released their new State of The Developer Nation Report for Q1 2016 that's based on the world's largest survey of software developers (over 22,000 participants from 150 countries).

Let us walk you through it to see what's trending now as far as mobile, desktop, Cloud and IoT software development is concerned. 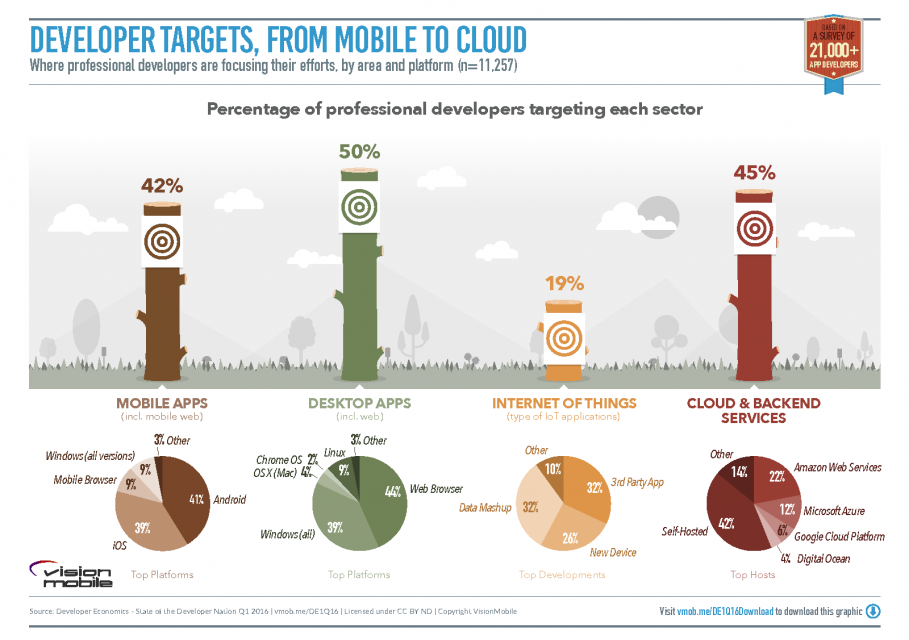 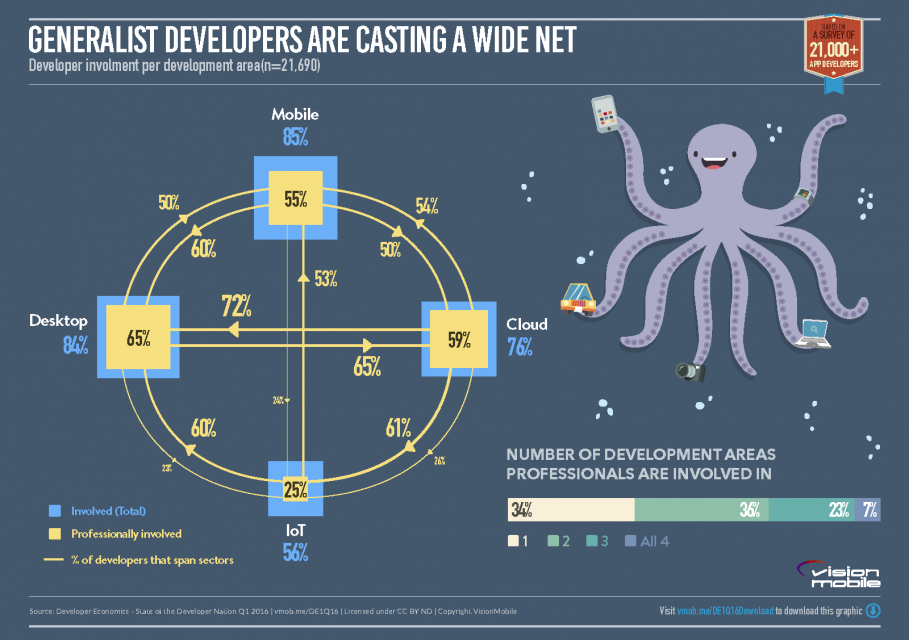 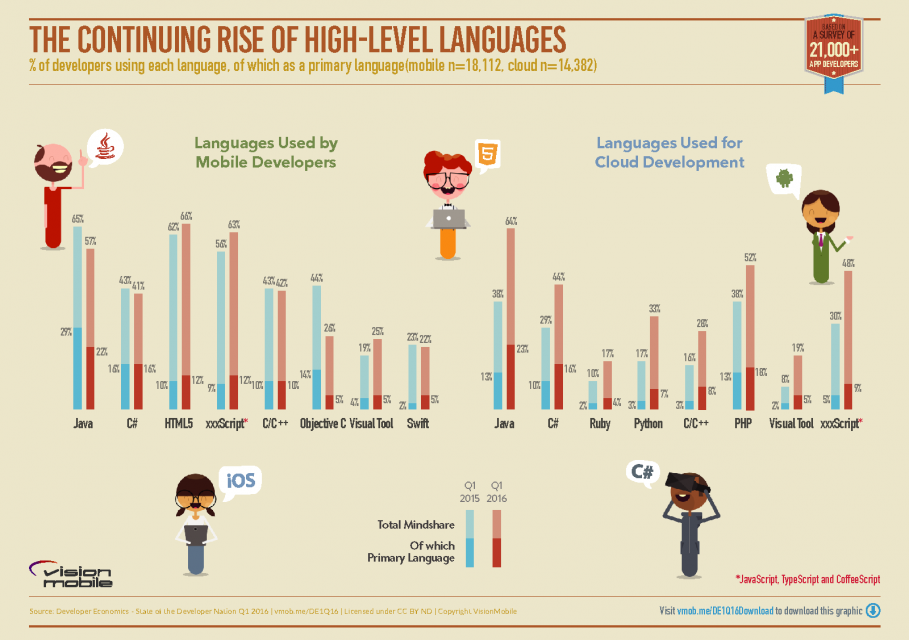 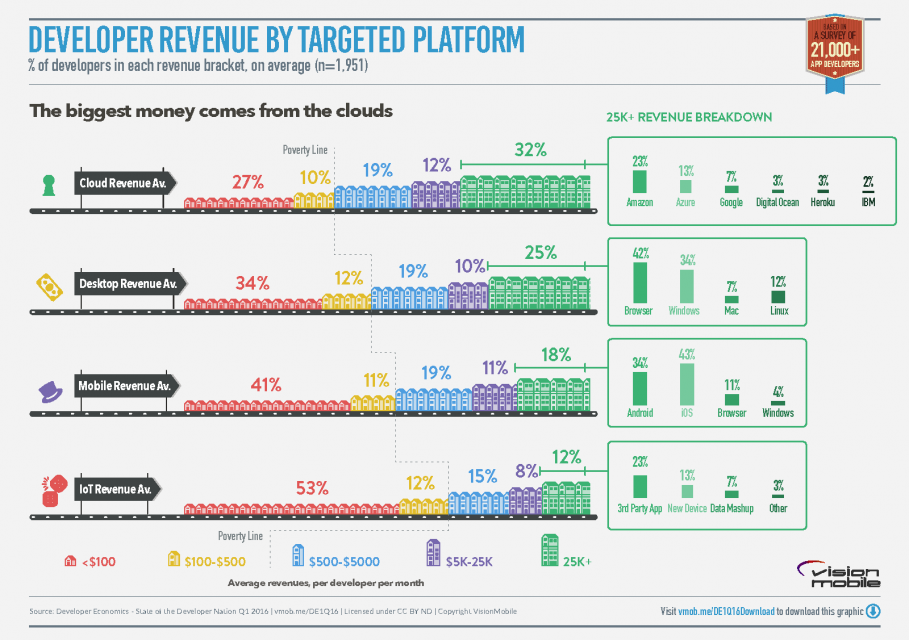 In conclusion, as the three most popular development sectors - mobile, Cloud and desktop - are overlapping now, developers can take advantage of it and exploit them to build applications focusing on all three at the same time.

And what's your take on the survey?

Images are courtesy of VisionMobile