In partnership with IT recruitment company GUID, Intersog co-organized and hosted a recent meetup of the Odessa chapter of Google Developers Group (GDG), which marks an important milestone in the life of the local IT community and Android developers in particular. The meetup took place in our Odessa R&D Center on May 14, 2015, and gathered over 100 Android developers, evangelists and wannabes.

GDG is a popular community for IT specialists in Ukraine and its Kyiv chapter actually ranks #1 in the Google Technology User Groups (GTUG) rating. However, Odessa GDG was at a standstill for a few years because of the lack of local leadership and initiative. We hope the meetup hosted in our office will breathe a new life into the Odessa GDG, resulting in more frequent networking and knowledge sharing sessions. 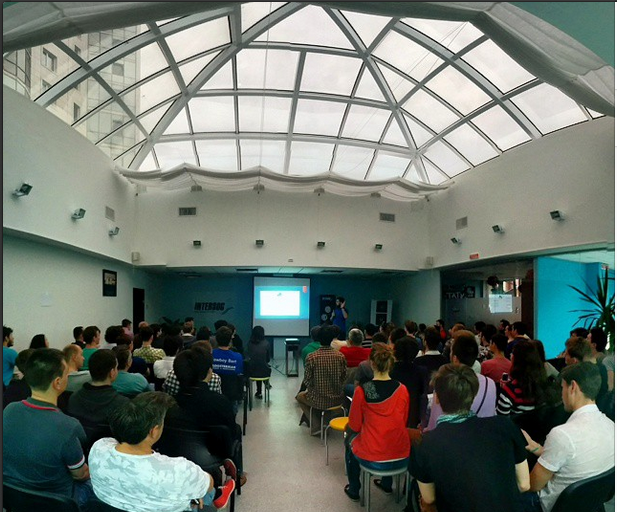 Going forward, Intersog will continue hosting Odessa GDG events in our office and making other contributions into the evolution of Ukraine's Google developers community and support of respective GDG events in Chicagoland, where we're headquartered.