More than 90 million wearable gadgets are expected to be sold globally by the end of 2014, and smart glasses will account for over 2 million of all sold wearables. Google Glass is undoubtedly today's most buzzed-about product in the smart glasses category, with 10 to 40 thousand owners worldwide so far. Google is aiming for a mid-2014 debut of their gadget to the general public and has already launched their Glass Development Kit (GDK) to facilitate coding work for app developers. Google Glass mass market potential will depend much on their price, and there's an assumption that if priced at $500 per unit, the gadget will create a $10.5 million annual market opportunity. 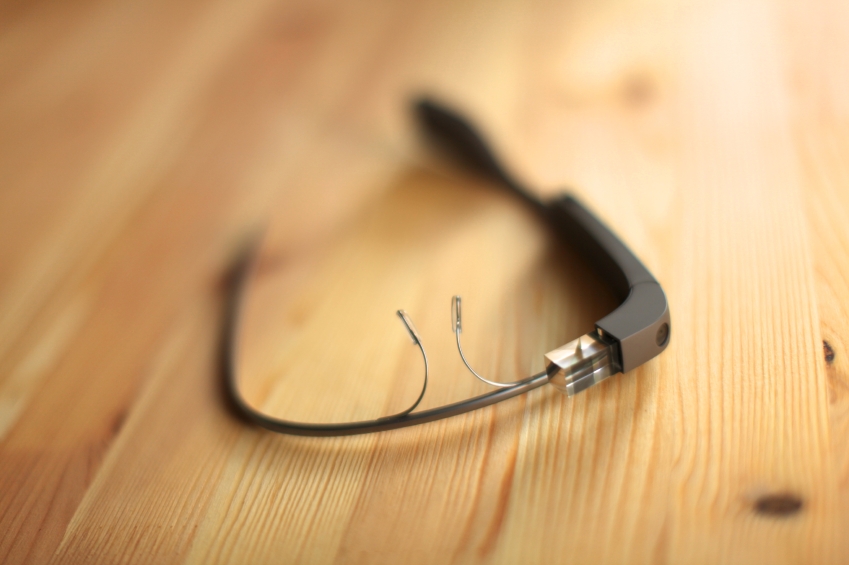 So, let's see what their experiments actually result in - here's our Top 5 interesting apps for Google Glass:

While the US society is debating whether drivers should be allowed to wear Google Glass behind a wheel or not, some mobile app developers are already busy creating apps for drivers. DriveSafe is an app that should keep drivers awake. Once launched with a voice control, the app uses accelerometer and infrared sensor data to watch driver's head movements. If the driver becomes drowsy and nods off to sleep, the app gives an alarm signal. The infrared sensor also tracks the frequency of eye winking, and if winking is suspiciously seldom, the app will give an alarm too. Even if the driver falls asleep with the open eyes, the app will "feel" it and give an alarm. The future app releases will also use GPS tracking and Google Maps to help drivers find nearby motels or other places to overnight.

I guess, right after the first Google Glass related information had leaked from Mountain View, app developers started thinking about how to help people spice up their sex life with this gadget. Yet, there aren't so many variants so far: we can either use it for watching someone else's video or making own home video. However, one British team of app developers has recently built an app that allows two Glass wearers view their sexual trysts in real time from either partner's perspective. Created at a London wearable tech hackathon, this app  works with voice commands, can record and stream the action (but it only keeps the video for 5 hours and then automatically deletes it to avoid sex tape leaks), swipe to a new perspective or even play music to create a special mood before and during the intercourse.

A New York startup Fancy has built a Glassware app that allows users to take pictures of real items shown in the shopwindows, and then search for the same items / buy them at a lower price online. The app's biggest advantage is that user can photograph things inconspicuously without capturing shop assistants' attention, and can compare prices in physical and online stores right away. Also, the app can be useful for stores in enabling immediate online purchasing of their goods. In the near future the app will be enhanced with value adding functionality and social features.

This app lets us translate foreign signs and inscriptions right on the fly. It will be indispensable for tourists or traveling businessmen who'll be able to easily read signs, ads, menus, products description, etc in a foreign country they visit. While there're similar apps for smartphones, Word Lens is just a perfect fit for Google Glass. The app can also work offline using its pre-installed dictionaries of about 10 thousand most widely used words each.

Have anything to add to this list? Please use comments below to start a discussion.

P.S. Intersog will soon release big news for all businesses interested in building apps for Google Glass and other wearables. Want to get an alert once this news is out? Please sign up below.