Ukrainian anonymous IT job search site jinni.co has recently published their update on the Ukrainian software developer salaries and general IT hiring trends as of September 2014, and we traditionally provide the English version of this report.

So, according to jinni.co, the most in-demand technologies /skills in Ukraine are still PHP, .NET and C# as well as QA and testing. Compared to the same period last year, the average Ukrainian software developer salaries have dropped 10-15% in Q3 2014. Explore new mobile application development in Chicago.

Now let's review the details below. 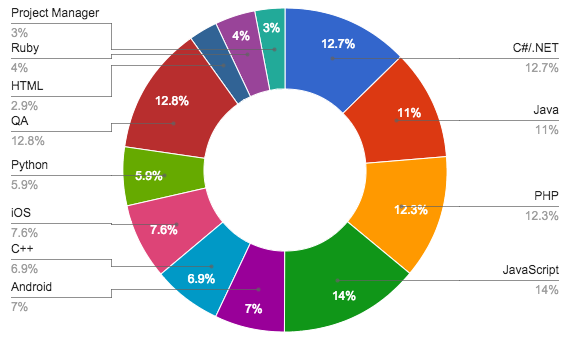 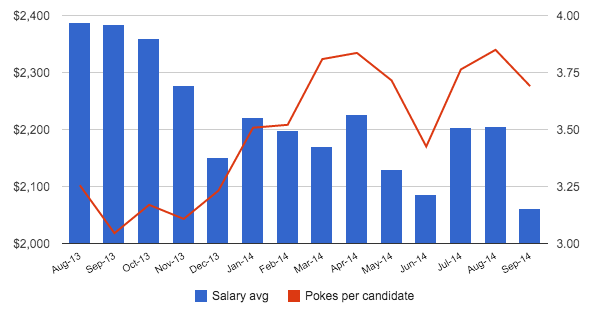 Despite a clear drop in the Ukrainian average software developer salary, pokes per one candidate have increased from 3 to almost 4 in September 2014. 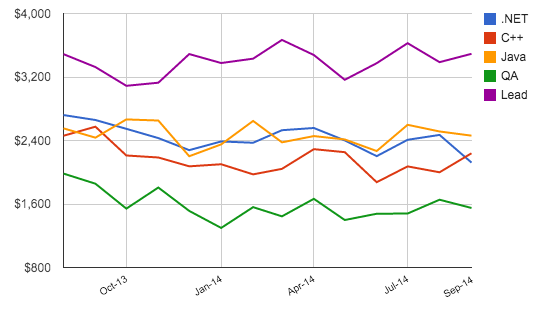 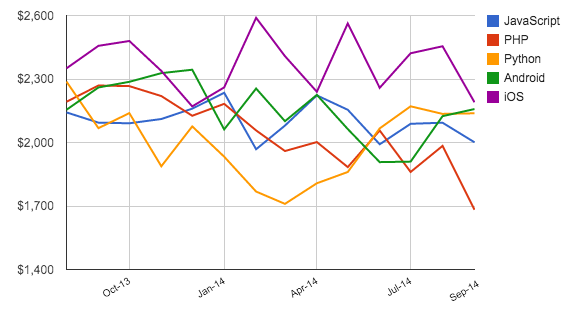 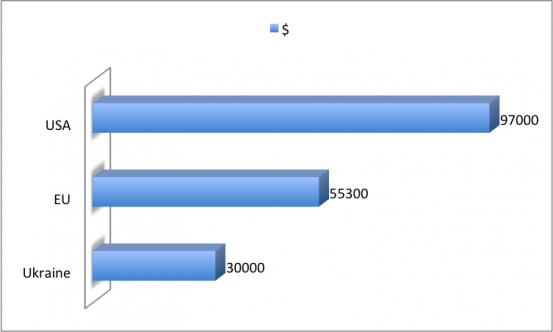 Want to get detailed Ukrainian IT Salaries Report 2014 with breakdown by technologies, seniority levels, and location? Contact us to request it.