Computer engineering salaries in Ukraine as of February 2014

The main Think Tank for Ukrainian techies dou.ua has just published its updates on their regular software engineer salary research and I believe it's worthwhile to share them with an English speaking community. The recent survey was conducted between 20 December 2013 and 31 January 2014, so the information is very up-to-date.

To start with, let's look at what programming languages are most frequently used among software developers in Ukraine: 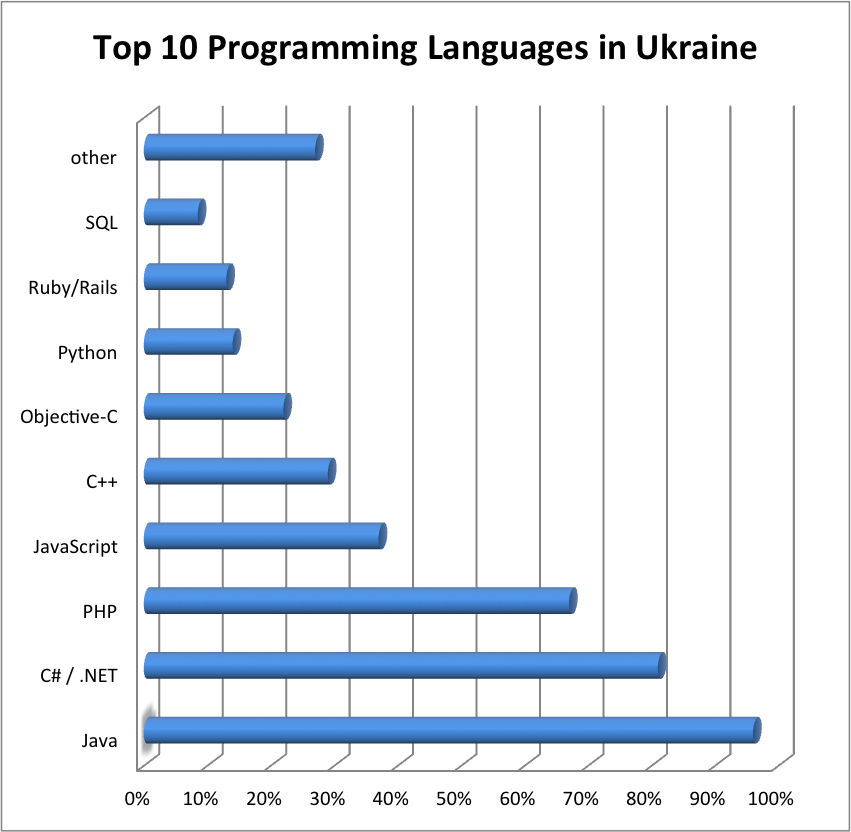 Read my previous blog post on the Programming Languages Ranking to see how the Global Top 10 compares to the Ukrainian one. 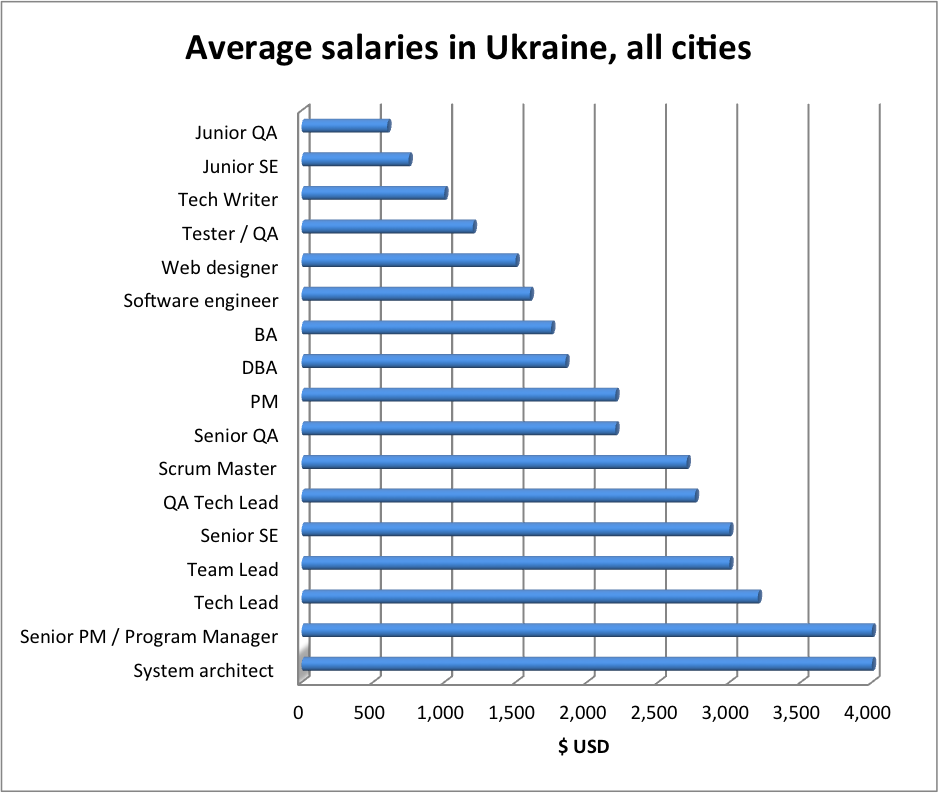 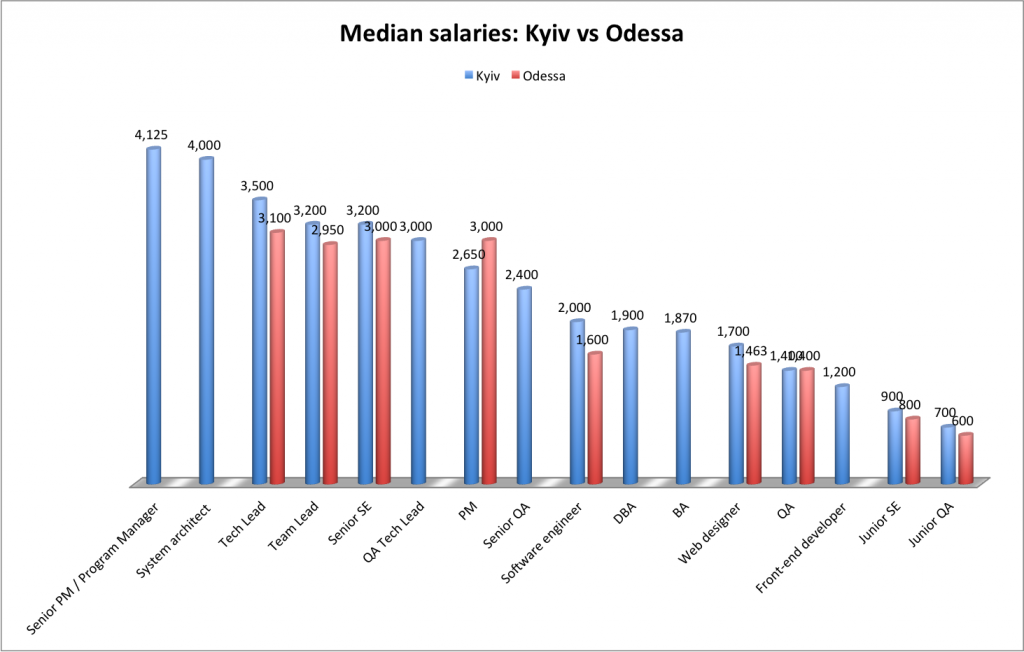 As seen from the picture above, the computer programmer salary difference between these two cities makes on average $100 - $200 for a specialist with the similar background, experience and skill set. 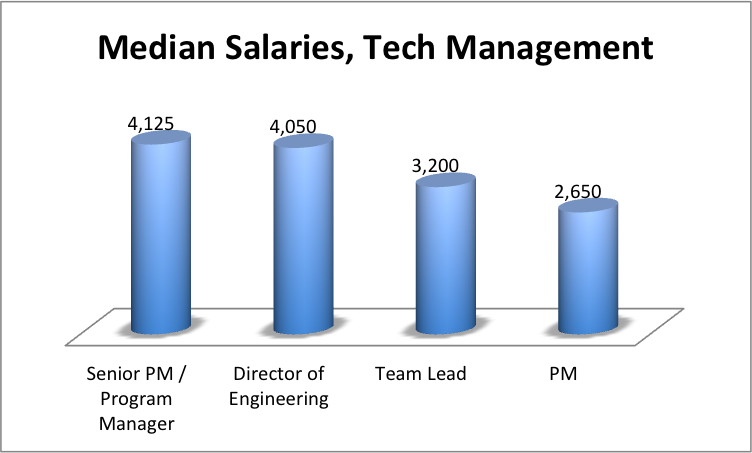 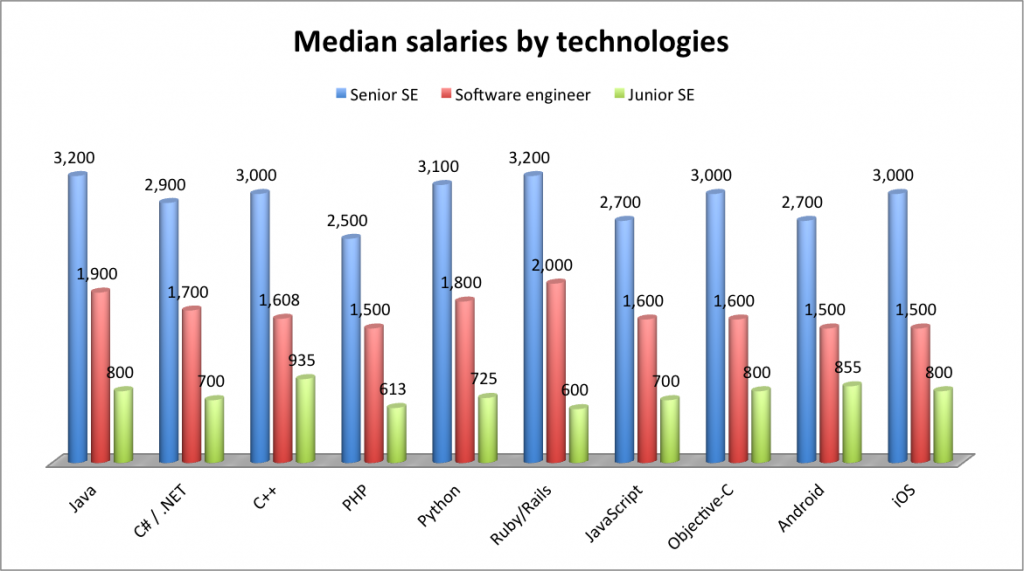 The below picture shows how Ukrainian computer programmer salary differ by industries and domains: 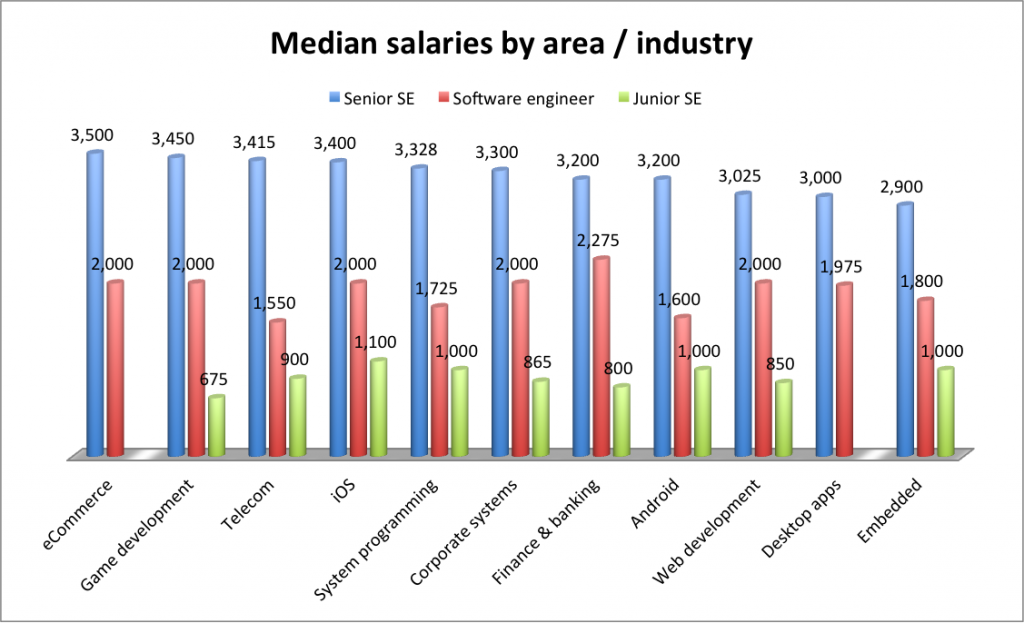 Ukrainian senior techies can really feel good in any industry / domain, while juniors can earn most in mobile app development, embedded development and system programming.

Since demand for QA and testing skills is high as never today (especially in mobile and game development areas), I just can't help mentioning their median software developer salary: 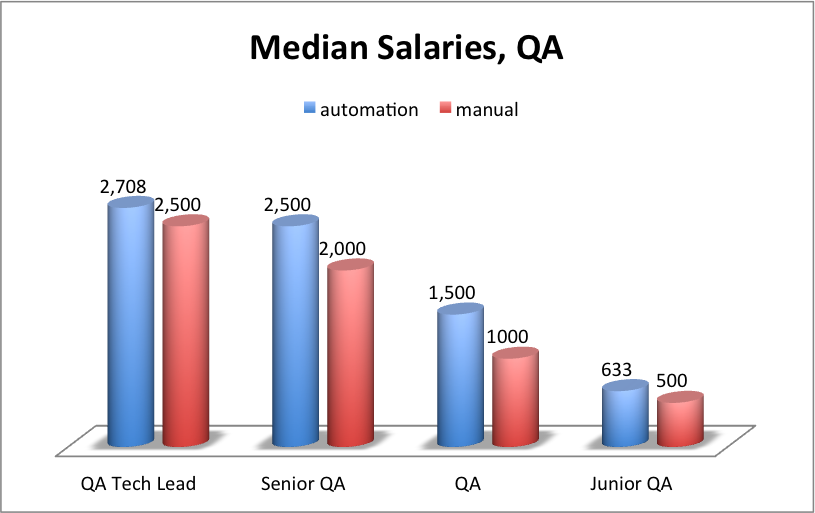 The last picture shows what Ukrainians are paid when they choose to work for a certain company type: 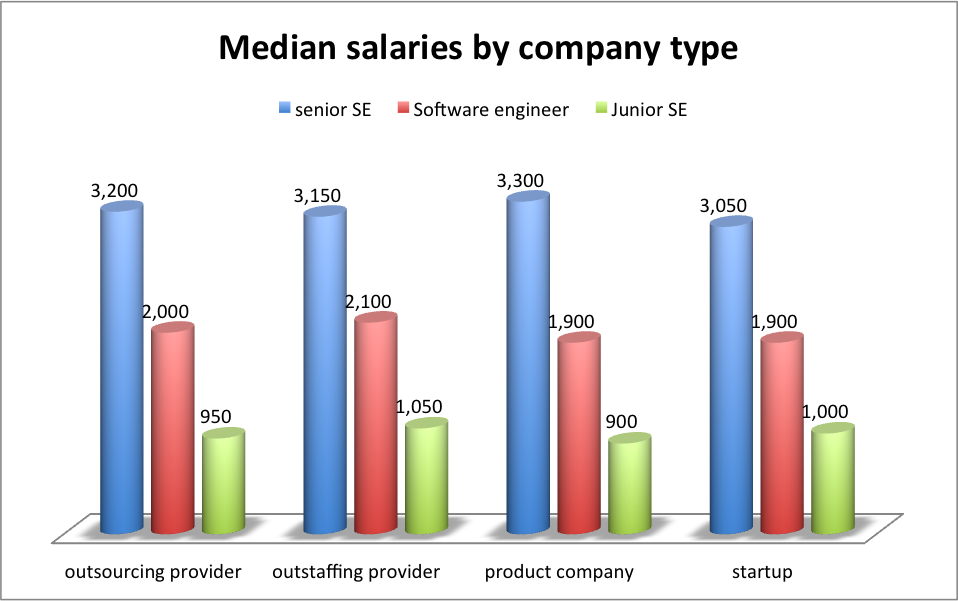 As seen from the picture above, it doesn't really matter for Ukrainian IT guys where to work in terms of salary offering: the 4 company types surveyed are ready to pay similar computer engineering salary to people depending on their seniority level and professional maturity. However, as one of the 2013 surveys showed, Ukrainian software developers are most loyal to startups, because startups offer more interesting and challenging projects and unique corporate environment that is very unlikely to be found in other company types. Read more about this in my older blog post.

Read more about programmer salary in Ukraine of 2015.

The survey I've referred to in this post polled over 5,000 Ukrainian IT specialists of whom 89% were men, 83% had higher science-technology-engineering-math (STEM) education, and 9% were IT students. The median age of an IT guy in Ukraine is 26 years. All salaries shown above are net, i.e. excluding taxes (In Ukrainian IT we only pay 5% income tax and a social tax that varies from quarter to quarter and makes around $50 a month, that's it!).

Want to get future updates on Ukrainian IT salaries? Please subscribe to our blog on your right.

Software Development Blogs
What Is the Average Salary of an IoT Developer?